If there is a traditional or typical path in life, I am almost assuredly not on it. Because I tend to wander down uncharted paths, a lot of my stories require a backstory to answer the inevitable “how the heck did you end up there?” And so it is with Madagascar. I have a lot to say about Madagascar, but I’ll start with the backstory for now.

In college, I went through a bit of a lost soul phase. The university I had chosen to attend wasn’t the best fit for me, and I belatedly discovered that just because I was physically going to the library didn’t mean I was actually learning anything (mostly because I was spending my time there sending email and writing funny haikus). I had been a pretty strong student in high school, but that wasn’t translating well into college. I temporarily lost track of who I thought I was and had a bit of an identity crisis.

The good news is that my crisis made me brave. I felt like I had nothing to lose so I kept trying new things. One particularly fraught semester I read a description in the Student Conservation Association catalogue for the backcountry trail crew at Baxter State Park in Northern Maine. I had only been to Maine once before, but I nonetheless decided that that was where I would find salvation. My attitude at the time was, “it can’t be worse than this,” so I applied. Long story short, sometime in late May, my mom dropped me off at the Molly Pitcher rest stop on I-95 in New Jersey where I had arranged for one of my new trail crew-mates to pick me up. And off I went into the wilderness for three months. Really? This was the plan? I can’t imagine what it was like to be my parents during those years. I mean, you dropped your kid off at a rest stop on I-95 in New Jersey? Clearly this was well before helicopter parenting became a thing.

Living in northern Maine was absolutely one of the best curves on the path of my life. I was immersed in a brand new environment, living completely off the grid in a physically stunning and remote rural area. I lived in close quarters with people from widely varied backgrounds, with different interests and challenges in their lives. I had tons of time for reflection – countless miles on the trail deep in thought, and no phone or electricity at the rustic cabin where we lived. There were few distractions. I hiked, I read, I wrote, I thought. We made a single trip to town each Friday to collect mail, use the payphone, do laundry, and go to the grocery store. We worked incredibly, mind-numbingly, body-achingly hard. Life in the park was basic and simple and incredibly rich. 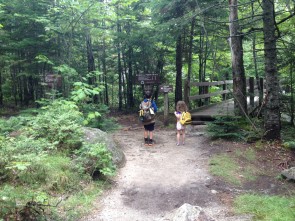 One part of our job was to spend a solo week on “mountain patrol”. When it was my turn, I climbed Katahdin daily to be a resource for Park visitors about the trails, the flora and fauna, or whatever other questions they might have. In my backpack I carried extra water, a first aid kit, and a hand-held radio. I spent my days patrolling the trails above treeline and talking with hikers. Did I mention that I grew up in Philadelphia? This was one of the most foreign environments compared to my prior life experience in which I could find myself. And I loved it. 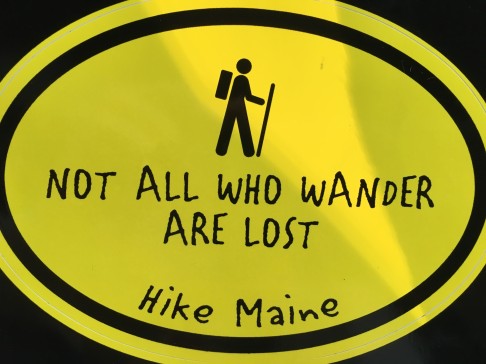 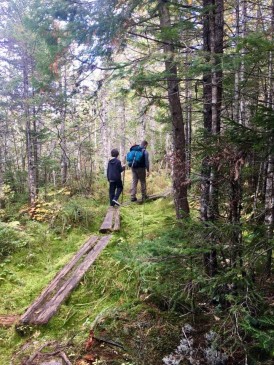 While patrolling the summit, I came across a group of campers enjoying lunch with a view before descending. Their group leader had lots of questions about my job, what I was studying at school, and what I planned to do next. I explained that my parents had encouraged me to learn a second language, and were hoping that I would spend a semester studying in France to solidify my French fluency. The notion of living in a big city, even if that city happened to be Paris, held zero appeal to me. I couldn’t fathom what I would find of interest there and I knew with 100% certainty that I’d cheat and speak English most of the time anyway. “Have you ever heard of the School for International Training?” she said. “You could study in another French-speaking country,” she said. And then she rattled the school’s phone number off the top of her head and I wrote it down on the back of my park trail map.

As soon as I got out to town, I called the 800 number from the payphone to request a program catalogue. This was at the dawn of the internet, so cellphones, google and email were not yet widely available. It was old fashioned phone and snail mail (and, no, this wasn’t the Dark Ages. It was the mid-90s). When I read the course description for the Madagascar program my eyes welled up with tears. The program combined all of my academic interests, from French language to environmental issues, and also the mystery of exploring Madagascar. I felt called to be there, like finally someone was speaking my language.

That February I touched down in Antananarivo and began the most transformative five months of my life. 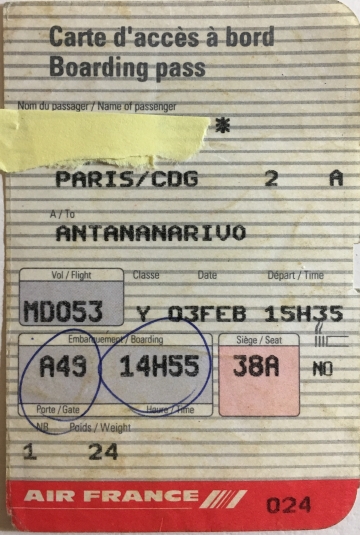 What is the point of this story? I ask myself that question all the time. Sometimes, admittedly, there is no point and it’s just a good story. In this case, the point is that taking the less traveled path can be a good idea (just ask Robert Frost) and that being open to unfamiliar worlds -environments, people, lifestyles – is important, eye-opening, and life-changing. You learn a lot more about yourself when the familiar is stripped away. And you learn a lot more about others when you meet them where they are and attempt to understand their reality and see the world through their eyes.

“The real treasure, to end our misery and trials, is never far away – it is not to be sought in any distant region; it lies buried in the innermost recess of our own home, that is to say, our own being…if only we could dig. But there is an odd and persistent fact that it is only after a faithful journey to a distant region, a foreign country, a strange land, that the meaning of the inner voice that is to guide us on our quest can be revealed to us. And together with this odd and persistent fact there goes another, namely, that the one who reveals to us the meaning of our cryptic inner message must be a stranger, of another creed and foreign race.” – Heinrich Zimmer, “Myths and Symbols in Indian Art and Civilization”