Where do I even start? I am rendered speechless by some of what I see happening in the world right now. And not speechless in a good way.

I understand rationally that anger stems from fear, powerlessness, and uncertainty, which we have in spades currently. So I get to some degree that what we are seeing with regards to the virus, opening plans, and people flouting the very simple protocols for keeping everyone safe from wearing masks to maintaining their distance are symptomatic of that. I recently read an article from Psychology Today, in fact, entitled What Your Anger May Be Hiding that explains anger very rationally. Did you know that when someone is angry the brain releases a chemical that stimulates a numbing sensation while establishing a sense of security and control over a situation? I did not, but it explains so much.

I guess I thought and hoped we were more evolved than that and that we could recognize anger for what it is and modify our behavior. Clearly not. And that’s disappointing. Most disappointing of all is how there appears to be a cultural disregard for the most vulnerable people among us currently. If I hear one more time, “oh, yea, a lot of people have died but most of them were old” I am going to explode. WTF kind of attitude is that? Damn.

“What young people didn’t know, she thought, lying down beside this man, his hand on her shoulder, her arm; oh, what young people did not know. They did not know that lumpy, aged, and wrinkled bodies were as needy as their own young, firm ones, that love was not to be tossed away carelessly, as if it were a tart on a platter with others that got passed around again. No, if love was available, one chose it, or didn’t choose it. And if her platter had been full with the goodness of Henry and she had found it burdensome, had flicked it off crumbs at a time, it was because she had not known what one should know: that day after day was unconsciously squandered.” from Olive Kitteridge, by Elizabeth Strout

Anyway, I am rambling. I felt like I needed to acknowledge that because it’s been bugging me and making me sad. But I don’t want to focus on it. What I want to do is to say a prayer for the voiceless and vulnerable, for the elderly, our elders; for those with Alzheimer’s and dementia; for those in care homes; for those with other health vulnerabilities; for those in places like rural Guatemala and rural Madagascar and so many other places in the world (including the inner city and parts of rural America) that are disconnected from the regular news cycle so we don’t hear their plight – both because they don’t have a platform to tell it and because no one is listening. Amidst all the quiet of this time, it’s remarkable the cacophony we humans can stir up to distract ourselves and still not LISTEN.

I don’t want to dwell on this. I want to focus on the good stuff, the stories of hope and kindness where you would least expect to find them! It’s my whole mission here and really this is the stuff of grace and humanity that needs to be celebrated and shouted from the rooftops!

In today’s episode, we have video footage of Girl Pioneers from the MAIA Impact School reporting from their homes in rural Guatemala on what life is like in quarantine for them, thanks to donated devices that have been distributed to the students and the MAIA Impact School’s on-going work to give these girls and their families a platform from which to be heard and seen.

You can read more about the students, their lives, and MAIA’s response to COVID @ https://www.maiaimpact.org/maias-response-covid19

Each day is a blessing in whatever form it comes – don’t squander it!

I’ve gone quiet suddenly, here in the blogosphere anyway. It’s like I returned from a long trip and suddenly I was very, very tired. And I had endless mountains of laundry to do. Apparently our virtual world tour has come to an end. I just fizzled one day. For once, I let myself get lost in that with no apologies. If I can’t learn to be in the moment, in THIS moment, now; to face into the fire and not turn away to avoid it, now; to source my strength from within, now, then when will I ever?

It’s often said that it takes 66 days to create a new habit. Today is, in fact, day 66. What new habits have you made? Which will you keep going forward?

Me? I hope to hold onto this conscientious quiet because I cherish the simplicity and peace that comes with it. In my typical suburban existence, I crave calm and quiet, and now I see clearly that so much busyness is self-created. I do like to be busy, but there’s busy and then there’s manic. It’s really refreshing for life to be so plodding that my whirring around checking boxes off my never-ending to-do list eventually has to stop and for once I just sit down and think. Or breathe. Remember that one? I always forget. But now I’ve had 66 days of practice so who knows what the future holds?!? Have you ever seen the short Warren Buffet and Bill Gates clip Busy is the New Stupid? Well, there you are. 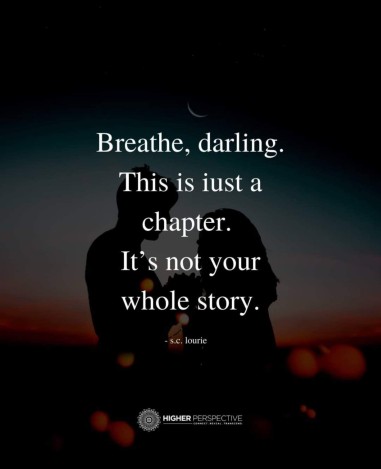 I also hope some of my meal plan-ahead skills will endure (but mostly I really want take -out). And I imagine I will never stop washing my hands as well as I do now.  Remember that the “new normal” isn’t normal. And it isn’t forever, either, incidentally.

In The Time of Quiet

No one’s told the daffodils about the pause to Spring
And no one’s told the birds to roost and asked them not to sing
No one’s asked the lazy bee to cease his bumbling round
And no one’s stopped the bright green shoots emerging through the ground
No one’s told the sap to rest, deep within the wood
And stop the sleepy trees from waking, wreathed about in bud
No one’s told the sky to douse its brightest shades of blue
And stop the scudding clouds from puffing headlong into view
No one’s asked the lambs to still the springs beneath their feet,
To stop their rapid rush and quell each joyful bleat
No one’s told the stream to halt its gurgle or its flow
And warned the playful breezes, not to gust and blow
No one’s asked the raindrops not to fall upon the earth
And fail to quench the soil in the season of rebirth
No one’s locked the sun down, or dimmed the shimmer of the moon
And even in the darkest night, the stars are still immune
Remember what you value, remember who is dear
Close the doors to danger and keep your family near
In the quiet all around us take the time to sit and stare
And wonder at the glory unfurling everywhere
Look towards the future, after the ordeal
And keep faith in Mother Nature’s power & will to heal.

I have seen this beautiful poem attributed to Pablo Neruda, a Nobel Prize-winning Chilean poet and diplomat. But a little hunt of the world wide web revealed that it was actually written by Philippa Atkin and posted on her blog March 27, 2020.

Pablo Neruda’s poem, also beautiful, is called Keeping Quiet. I am not exactly sure when it was written, but Neruda died in 1973 so we can be sure that he did not predict the internet age taking us over, our addiction to screens or busyness, and certainly not a global pandemic. It is also remarkably appropriate for today :

Now we will count to twelve
and we will all keep still
for once on the face of the earth,
let’s not speak in any language;
let’s stop for a second,
and not move our arms so much.It would be an exotic moment
without rush, without engines;
we would all be together
in a sudden strangeness.

Fishermen in the cold sea
would not harm whales
and the man gathering salt
would not look at his hurt hands.

Those who prepare green wars,
wars with gas, wars with fire,
victories with no survivors,
would put on clean clothes
and walk about with their brothers
in the shade, doing nothing.

What I want should not be confused
with total inactivity.
Life is what it is about;
I want no truck with death.

If we were not so single-minded
about keeping our lives moving,
and for once could do nothing,
perhaps a huge silence
might interrupt this sadness
of never understanding ourselves
and of threatening ourselves with death.
Perhaps the earth can teach us
as when everything seems dead
and later proves to be alive.Now I’ll count up to twelve
and you keep quiet and I will go.