My son tells me that people usually stay two days on average in places they visit, that that’s a fact. I don’t know where he gets his info, but he’s a tween and he seems to know everything these days so I’ll go with it. Based on this sage advice, but erring on the side of that-seems-really-ambitious-because-no-one-will-be-fed-in-that-case, I will post a new location in our journey every three days until I run out of ideas or run out of steam. Follow my blog to have these little visits arrive directly into your email box.

I’ll warn you, fellow travelers, that when I travel I want to see it ALL (except if it involves a museum, in which I case I’ll wait for you outside unless it’s raining). I also do not travel in a linear fashion (that quote “all who wander are not lost” may or may not have been about me).

So, yep, while I excel at being efficient and organized, I also tend to be driven by my passion (and the cheapest plane fare). I can assure you that there are just a few places between Maui and Spain that require a stopover, but, for now, we just have to go to Spain because I have stories to share from there that just can’t wait. Everyone in between, if you have an empowering story that needs to be shared here, email it to me at misste259@gmail.com!

I have two stories from Spain and both fall into the category of “things are not always what they seem.” Such simple and beautiful displays of humanity.

First stop, Vigo, the largest fishing port in Europe and an industrial mainstay in the Spanish economy. It’s a city that’s a funny mix of industrial meets Roman architecture meets the seaside on the northwestern coast of Spain just north of Portugal. 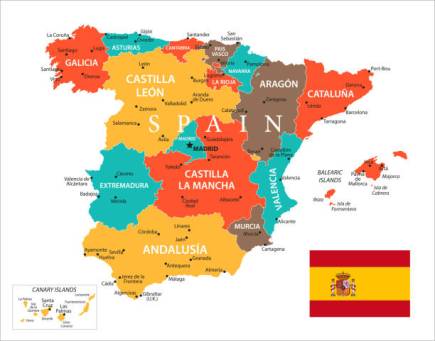 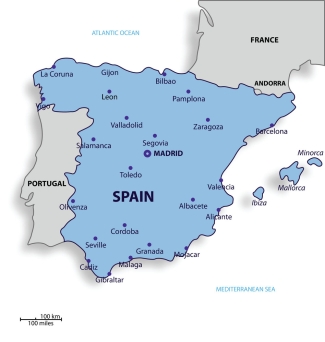 An 80-something man named Hermann lives in Vigo. Here here is playing his harmonica from the window of his apartment. In the background you can hear voracious clapping. Is it for his music? I don’t want to spoil it. Watch and then read on…

Quarantined in their homes, everywhere across Spain, every night at a designated time, people come to their windows or balconies and clap for the medical staff.

Imagine that. At the same time, all across the country, doctors and nurses are given a standing ovation. As they should be.

But where does Hermann fit in this? Hermann has Alzheimer’s, but has not forgotten how to play his harmonica. His caregiver says to him, “What a concert, Hermann! You got nervous. Such a big audience. I understand.”

Look at the delight on his face. I mean, what else is there to say? There is such beauty and love captured in this moment, both as we share this man’s wonder in his moment of stardom as well as the love of his caregiver, while on a national level we witness citizens come out in unison to honor the medical community. It leaves me speechless.

But, wait, that’s not all! We aren’t done here in Spain yet! Let’s jet way on over to the other side, sliding right off the eastern coast for a brief dip in the Mediterranean before we reach the island of Mallorca. The land here is mountainous, rocky, sandy, salty, and also stunningly beautiful. Plants and trees – and people – find ways to grow and thrive in the most surprising and challenging of places – and times. Olive groves abound. In the air is the faint smell of orange and lemon trees warming in the sun. Almonds are in bloom at this time of year, white flowers blossoming as far as the eye can see.

And on the streets, during this time of quarantine, the police are keeping an eye on things and making sure that everyone is safe and well:

In this case, the police came to entertain the children and cheer them up. That was not what I expected. And it warmed my heart.

This is a good time to remember how we sooth children when they have nightmares. We do not google the symptoms or entertain all the “what if” scenarios and fan the flames. Instead, we calm, we console, we give hugs, we reassure. That’s what we need to do for ourselves right now. All of us. Collectively. A big, compassionate hug. Because when you aren’t living a nightmare and stressing out completely, you can be strong and resilient, committed and compassionate. And that’s what we all need right now.

For books on or in Spain, you can always pick up Ernest Hemingway’s For Whom the Bell Tolls or The Sun Also Rises. Based on some of my Facebook feeds, I wonder if I would do well to recommend regional wines as well ;-).

See you next time…off to another Spanish-speaking country next, but this one a former colony. Hasta luego! Stay well, stay home.

One thought on “Stealing the Show – in Spain”